Mercenary and always has a shit eatin' grin on his face.

Name: Toby TNT Tucker Occupation: Mercenary/Demo man XP: 45 Rank: Veteran
Agility:D10 Smarts: D6 Spirit: D8 Strength: D6 Vigor: D8
Pace: 6 Parry: 7 Toughness: 7/11Charisma: (-2) to Pro-Alliance NPCs Sanity: 6
Skills:
Fighting: D10
Lock picking: D6+2
Shooting: D10
Stealth: D10+2
Throwing: D8
Disarm Traps: D6+2
Notice: D6
Demolitions: D6+2
Climbing: D6+2
Edges:
Brawny: +1 toughness, load limit 8xstr (and chicks dig me)
Demo Man: +2 to all Demo checks
Elan: +2 when spending a benny (I’m a stubborn son of a bitch so when my minds made up I’ll see it through)
Rock&Roll: no -2 penalty when firing full auto if I don’t move (“The Bitch” my auto shotgun know each other well)
Thief: +2 Climbing,Lock picking and Stealth (I was trained by some of the lowest down son of a bitches you would never want to meet)
Relentless: may make a single action if I successfully recover from shaken (you better kill me cause I’m coming for ya)
Hindrances:
Browncoat: -2 charisma to all pro-Alliance NPCs (but honestly some Browncoats aren’t to fond of me either)
Loyal: never leave a man behind or let a friend down. (but my friends better do the same for me or suddenly we ain’t “Friends” no more)
Overconfident: SSSSHIT boy, there ain’t nothing I can’t blow up or fuck up :)
Habit: Percaline-D for my sickness (Funny side effect those little blue pills keep my dick hard for hours)
Defining Interests: 1. Disguise 2. Electrical Repair 3. Forgery
Languages: English/Chinese
Contacts: Sheriff Bourne ( Regina) John Trent Miner’s Guild Agent (Georgia System) and Sheriff Martin Hazard ( Athens)
Well that’s me in a nutshell, remember let’s keep this boat flying far and high!

Howdy Ya’ all!
I don’t think you know who I am? The name’s Toby N. Tucker. People round here call me TNT, you know why? ‘Cause I’m just like dynamite, boy, and when I go off, somebody gets hurt! So now you know just who your dealing with, I’ll spin ya a yarn. When the Unification War broke out, I didn’t reckon that I wanted to be unified. My paw and his daddy before him was minors on a planet called Regina and it’s known for being mineral-rich and massive mining operations. Over three-quarters of the population work in one part of mining industry or another. My paw and his brother where independent miners and I leaned all about demolitions from the best miners around. So at the beginning of the war some “Browncoats” came knocking on my door, askin’ to use my demo skills on some of the Alliance installations way behind enemy lines. They said that this was really the way this war was goin’ end with the Independents on top. So me and my partner “Jax” Briggs headed off to the Core planets with some other “Browncoats”. Our unit was called the “Dust Devils” Who did a lot dirty dealing during and after the war ended. See they are radicals, terrorists and kept fighting after the battle of “Serenity” and the Independents stood down. They killed lots of innocent people and me and Jax saw the writing on the wall long before that so we jumped ship after we got orders to blow up a medical transport. That ain’t us partner, I’ll kill a man in a “Fair” fight but I ain’t no murderer! So now six years after the war I couldn’t stay home with my folks cause had to many skeletons in the closet, didn’t want bring that trouble home. I still check in with paw now and then especially after maw pasted from Bowden’s Malady its a disease that’s degenerative affliction of the bone and muscles that leaves victims weak and in constant pain. While there is no cure, regular treatment with Pasceline-D halts the progression of the disease and makes life tolerable. Pretty much everybody who lives on Regina gets the disease but some people seem to be immune to its affects that have access to Pasceline-D. The Corone Mining Consortium, taking over more and more of the mining on Regina and been leaning on my Paw more and more, so I’m going to be heading home soon to set things straight.

This, basically, good person tends to be selfish, greedy, and holds

his/her personal freedom and welfare above almost everything else.

This is the Han Solo, Star Wars, character. The guy who is always

looking for the best deal, associates with good and evil characters, is

continually tempted to lie and cheat, and hates himself for being loyal

1. Have a high regard for life and freedom.

3. Lie and cheat if necessary (especially to those of anarchist and evil

4. Will not kill an unarmed foe (but will take advantage of one).

6. Not use torture unless absolutely necessary.

7. Work with a group, especially if profitable. 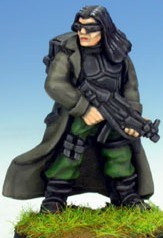